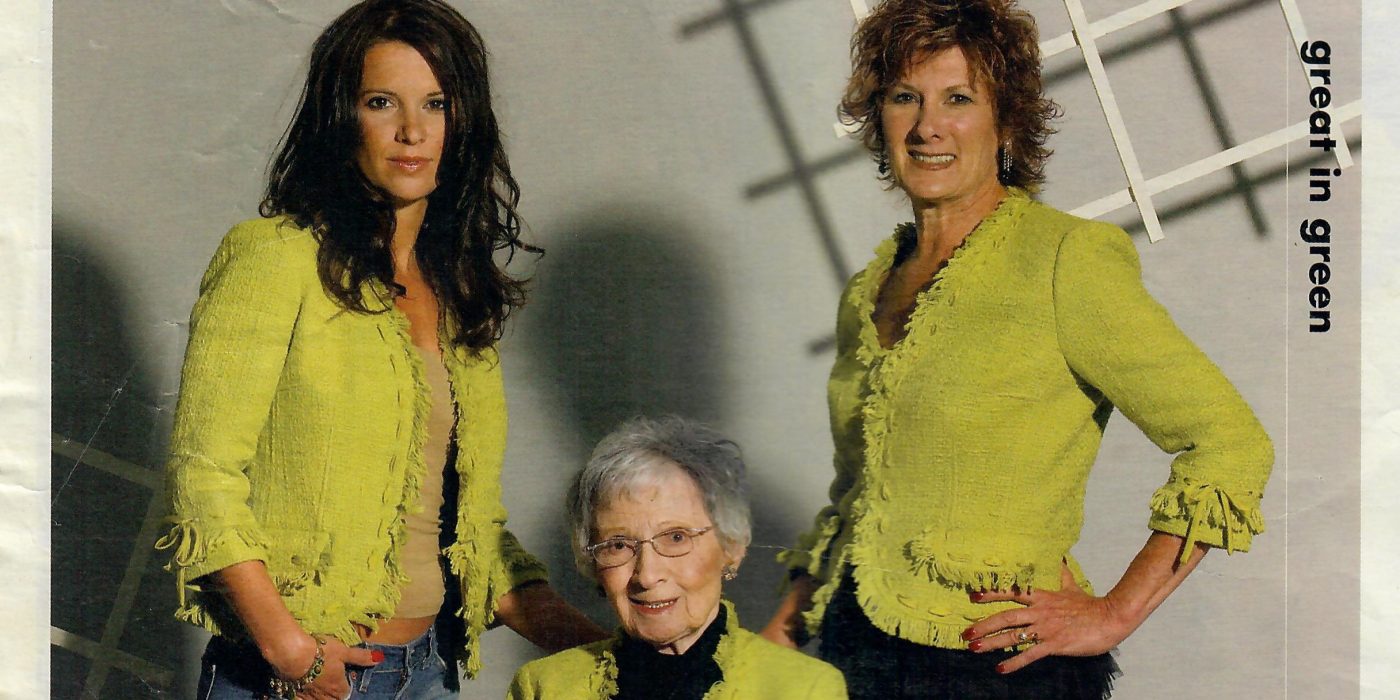 Beverly Berson knows this from personal experience as the owner of the Gigi fashion business since 1959.

Good business sense has run in her family, as her parents had many business endeavors through the years. Berson’s mother, Toba Goodman, had retail experience in the bridal department of Zahn’s in Racine. The Goodmans moved to Milwaukee when Berson was a teenager. Berson helped her mother open their first store, Gigi Bridal, at 37th and North.

The mother-daughter duo came up with the name Gigi because their last name was Goodman. The elder G and little G ran their full-service dress shop with in-house alternations for custom-ordered bridal and mother-of-the-bride gowns. Berson describes this as such an exciting time to be a teen and work side by side with her mother, a true trendsetter and entrepreneur, which was uncommon for women in the 1960s.

Word spread about Gigi Bridal, and so the business expanded. Harry Goodman, Berson’s father, and Phil, her brother, helped run the business. And Gigi Bridal moved to another location on Fond du Lac and Capitol. While the Goodman men focused on bookkeeping and ordering, the Goodman women concentrated on finding the best dresses and serving their customers.

In the 1960s and 1970s, Gigi Bridal changed styles with the times and expanded its products to include evening wear. Additional growth precipitated a move to a store on Brown Deer Road and later to its fourth location at 76th and Bradley.

The Goodman family remained involved in running Gigi Bridal for thirty years. In 1987, a time of recession, Toba and Harry retired, and Phil moved on. Berson became the sole owner and operator, a pivotal moment as a single mom of three children. Berson’s resilience and determination helped her business endure.

A few years after, Gigi Bridal moved to Mequon and became known as Gigi of Mequon. Berson first leased the land and building and later purchased the building in 2000. At the same time, Berson’s daughter Jessie joined the business. Gigi of Mequon continued as a multi-generation business, one of Berson’s proudest memories.

-Photo of Bev and daughter Jessie, originally published in a 2003 feature article about wedding planning in Wisconsin Woman magazine.

“Jessie brought ingenuity to marketing,” she explained, “she promoted Gigi of Mequon in new and different ways and ran great style shows.”

Their ongoing business success paved the way for building Gigi of Mequon. At the new store, they expanded their product line with more evening wear and day wear. The mother-daughter duo also developed the retail strip mall attached to Gigi of Mequon. Later, Jessie would move to New York to create a charitable fashion organization called Shop Repurpose, applying her mother’s lessons to her new endeavors.

-The original Gigi of Mequon store, pictured in 1992, prior to the construction of the much larger flagship store.

In 2019, the store moved to its current location in Walker’s Point and is now known as Gigi MKE Boutique.

“It’s exciting to be part of the vibrant downtown area. It has good energy,” Berson explains.

Like other small businesses, Gigi MKE Boutique experienced challenges during the pandemic. Two aspects have been key to their success: relationships with manufacturers and excellent customer service. When many other big fashion retailers closed down as online retail grew, Gigi MKE Boutique endured. Berson also says her store’s intimate service and in-person interactions are something that the online experience cannot replicate.

Gigi MKE Boutique has evolved by upholding its outstanding reputation and responding to customers. Berson and her employees are happy to help anyone who wants to dress beautifully for special occasions and every day. She estimates that she has sold more than 10,000 gowns during her time in business. Through the years, Berson has acted as a mentor to her employees and, in turn, has learned from them.

“We all bring special gifts to help our customers,” she explains.

Just as her business has spanned generations, so has Gigi MKE Boutique served multi-generation clients. It is remarkable when they have helped dress a grandmother, mother, and daughter for their milestone moments.

“I love when a bride’s eyes light up or when a mother’s eyes light up when she has tried on THE dress,” Berson says. She adds, “My enjoyment is going to work. It really is. I love what I do.”

Her passion for her work and serving customers with beautiful style is truly timeless.